A word of caution to begin: Trying to “start a trend” is almost like “trying to go viral”; there’s not a magic formula to follow and it’s not really something you can plan for, but taking a look at some popular trends on social can help you craft better overall content and give you a better chance of actually creating one of your own.

With that in mind we took a look at a couple of trends we’ve noticed across social media- particularly on Instagram- and broken them down here. Got a question or something we missed? You can always find us on Twitter @UnionMetrics.

Instagram is big on its influencers and also on beautiful food photography and trends. Combine those two things and you’ve got a recipe for success, and definitely for creative toasts if you look at Robin Plotnik (@whatrobineats) and her #ToastTuesday phenomenon  #ToastLikeRobin as an example. Every Tuesday, Instagrammers show off their toast creations, and Robin shares the most creative and beautiful ones in her Instagram Story that use her hashtag. That’s a smart way of personalizing a trend to her fans and followers, building her community with the interaction and effort that goes into their participation. 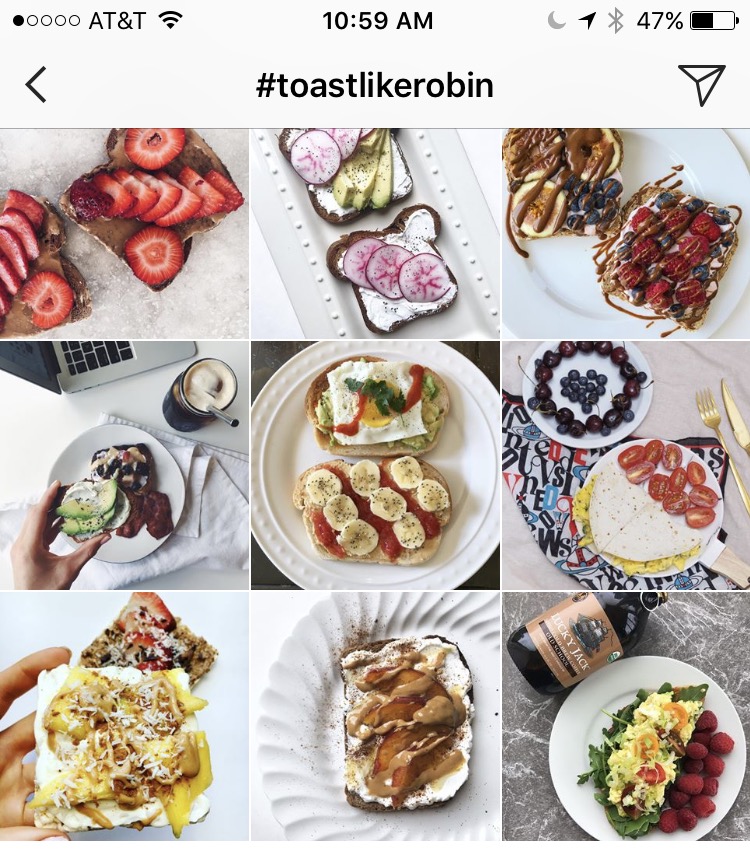 Getting their toast creation re-shared by Robin to her big audience is certainly an extra motivating factor for some toast creators, and she takes the time to comment on everyone who uses her #ToastLikeRobin hashtag. Followers know that’s no small effort on her part, so they’re more likely to want to stay involved with the trend.

Though Kelly has always fully and publicly embraced the pain that comes with running, one day last summer she’d had enough of the pain of the added layer of a tank top in the summer heat and the #SportsBraSquad (see it on Twitter too) was born. The idea is that you don’t have to look a certain way to be comfortable when you run, even if 99% of fitness marketing tells you otherwise. Thousands of women have embraced this, sharing their own photos on Instagram and more: 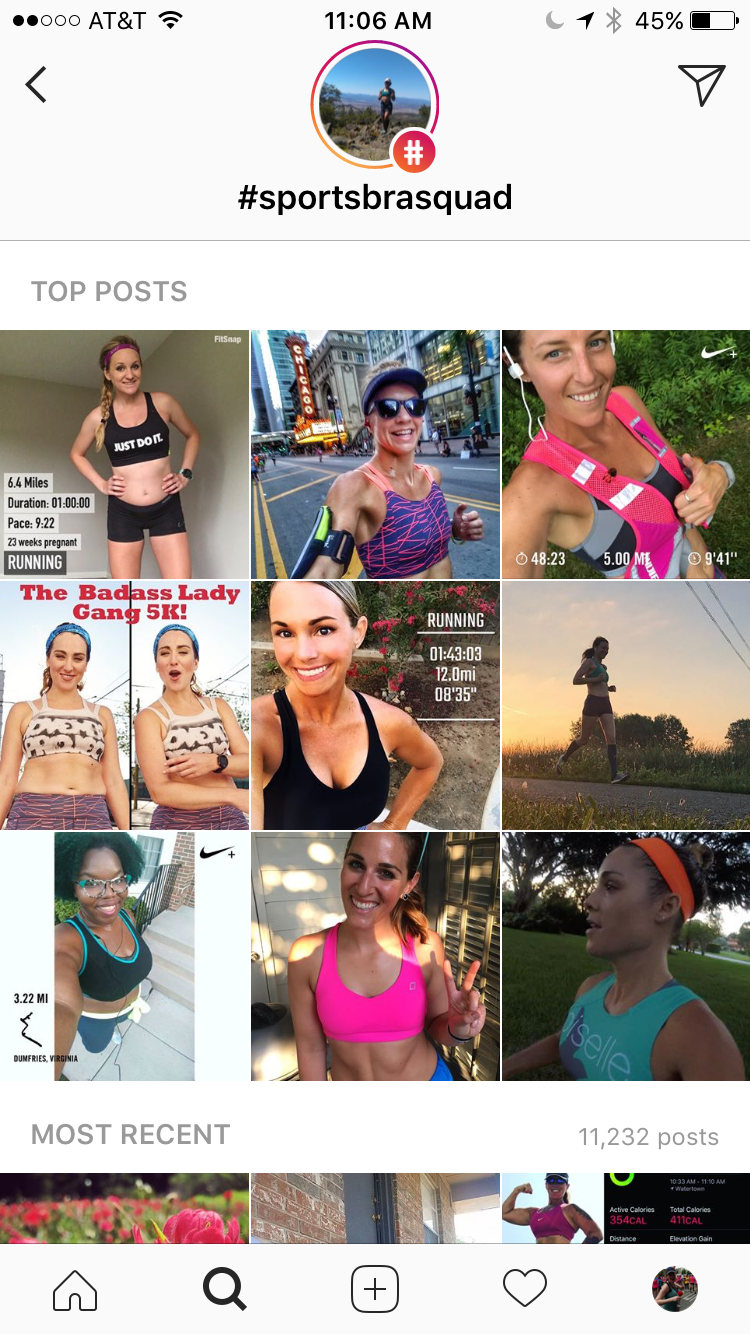 This summer Kelly even landed the cover of Women’s Running, showing that what started as a hashtag trend can grow into something much bigger.

This issue of @WomensRunning is dedicated to anyone who ever struggled to feel like they are or could be a runner. https://t.co/eA1z9I9WsM pic.twitter.com/fNP0omMO44

What both of these trends have in common is that they grew out of something each influencer was doing out of genuine enjoyment; neither was devised as a gimmick purely to try and increase engagement. Influencers with real influence have that because their fans and followers connect with something very real in their approach.

Many women want to be comfortable when they run but feel uncomfortable about how they might look. Toast is something almost everyone can make and enjoy; fancy toast toppings are a fairly accessible way to be part of a food trend without breaking the bank or investing in anything outside of bread and whatever it is that you like to eat on it.

Add in some decent natural lighting, the ubiquitous smartphone, and the hashtags to connect over, and you have these growing trends.

So if you want to tap into this power for your brand, think like a person. What would make sense, that your fans and followers might genuinely connect to, that’s accessible in their lives and makes sense coming from your brand?

Try that approach and you just might land on magic.