The back-to-school crowd these days differs from the Trapper Keepers and Lisa Frank folders of yesteryear in that they’ve grown up not only online, but also on social media. Brands that want to connect with the kids of Generation Z understand this and put themselves in all of the places their target audience spends their time, producing campaigns that connect across Tumblr dashboards and down Instagram timelines, and are amplified across Twitter.

The best: Keds, Teen Vogue, and Hollister team up for back-to-school across platforms

Personal style is a big deal for kids, preteens, and teens working out who they are and who they want to be, and Keds embraced this in their #KedsStyleTrial campaign run in conjunction with Teen Vogue and Hollister. The three week long campaign was officially run via Instagram, but Keds and Teen Vogue also cross-promoted it on their Tumblr and Twitter accounts:

Are you Cheer Squad, Cali Cool, or Drama Club Cute? Show us at http://t.co/JLgbe12MAL for a chance to win! #kedsstyle pic.twitter.com/Srutu3bdnz

Both also used the same image and similar messaging on their Instagram accounts, while Hollister went with a slightly different approach: 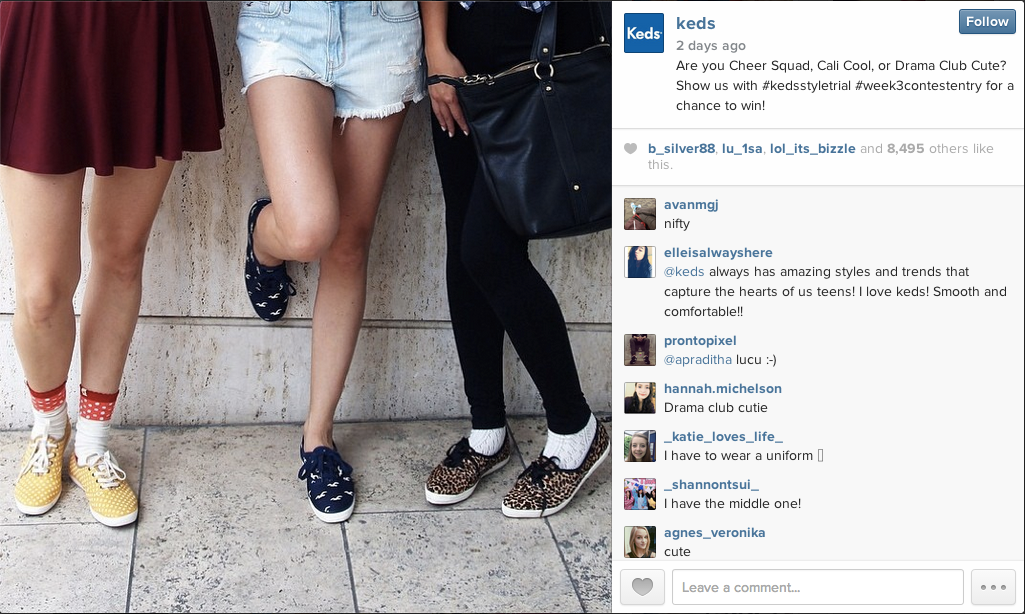 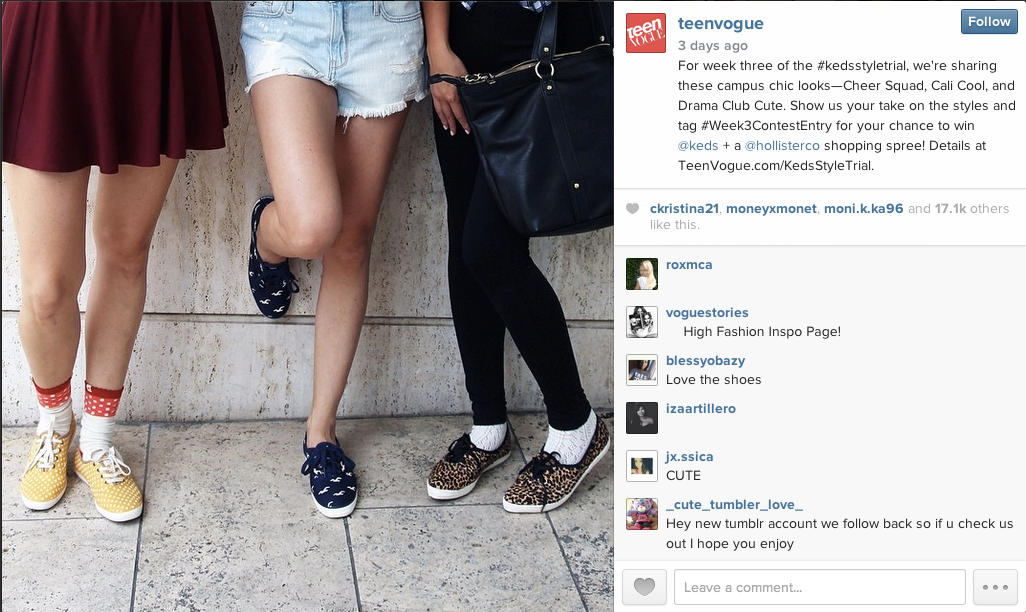 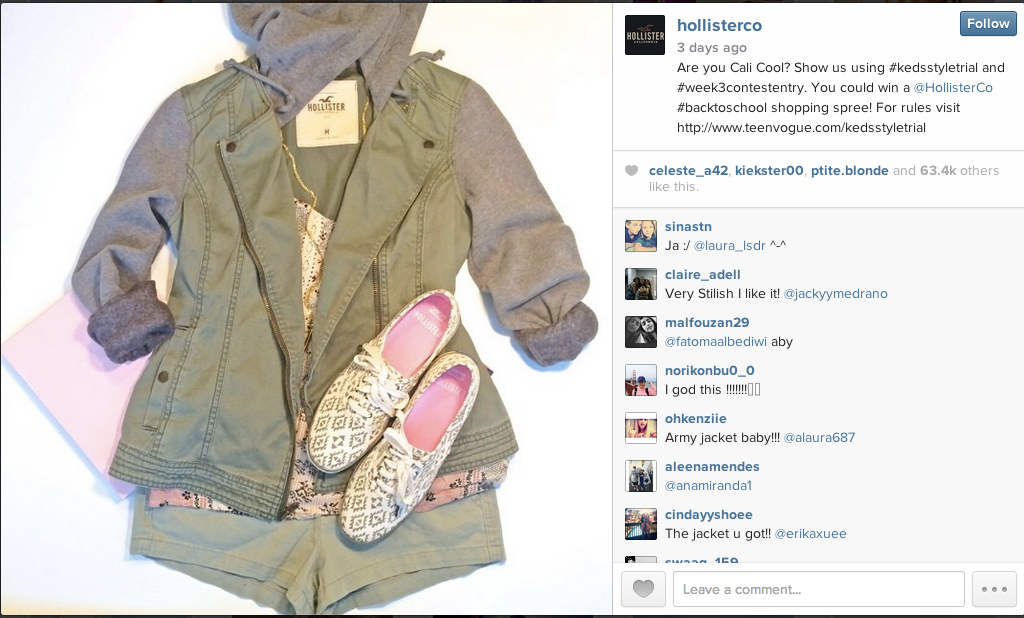 The same is echoed in the Tumblr posts from Teen Vogue and Keds; Hollister doesn’t have a Tumblr, which seems like a mistake given their target demographic and the success of visual content on Tumblr, particularly of the fashion variety.

How it could be better

Even the best campaigns have room for improvement, and this one could have increased its reach with more participation from Hollister on Twitter, who chose to promote their own separate contest with Pretty Little Liars star Lucy Hale in lieu of this one:

What are you wearing back to class? RT for your chance to win a piece from the @LucyHale Collection! #LHC #HCoContest pic.twitter.com/2Jsf1CWGQZ

Even a simple retweet of one of the contest promoting tweets from Keds or Teen Vogue’s accounts would have increased reach by putting the content in front of Hollister’s Twitter audience as well.

Other lessons to learn

Another back-to-school campaign on Instagram from Target used the hashtag #firstdayofschool to promote a charity campaign donating school supplies to children in need across America: 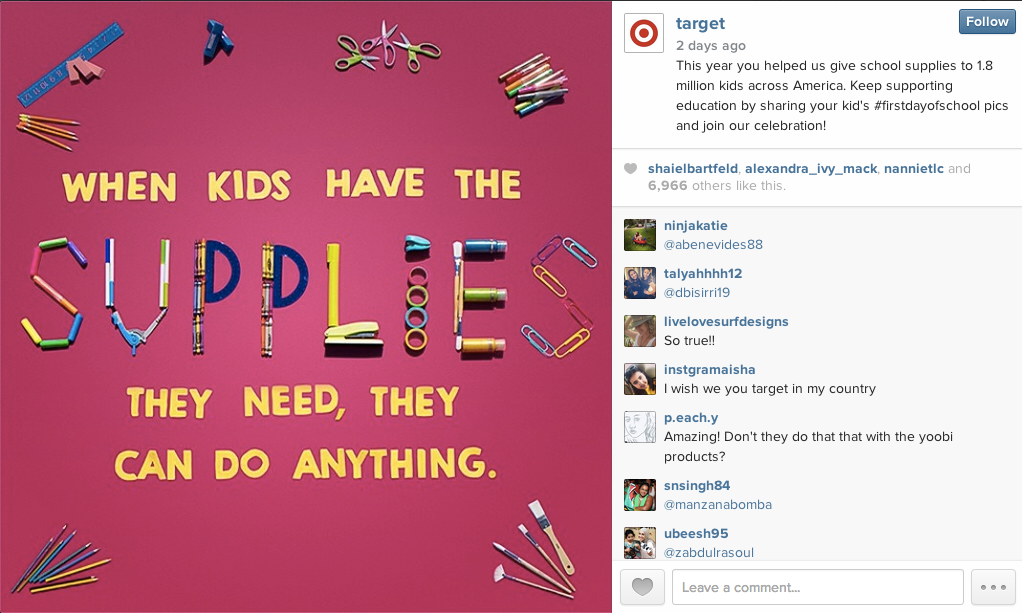 What’s the problem? A hashtag like #firstdayofschool is going to be something posted by a wide variety of Instagram users and most of them will probably have no idea that Target’s campaign exists. This leads to difficulty in measurement; your results will be inflated with non-campaign related posts and it will be difficult to tell how successful and far reaching your campaign really was. A hashtag like #KedsStyleTrial works better as it’s unlikely to be generated spontaneously by other Instagram users, and it’s short enough to work when Instagram updates get cross-posted to Twitter (which also boosts your campaign’s reach on that platform).

The bottom line: Pick a hashtag based on your brand name and that’s unique enough not to be spontaneously used by others.

This campaign was planned to be recognizable and accessible to its target audience on the platforms where that audience spends time, which is the crux of any good cross-platform campaign. It was visually based, another plus for its target demographic.

The retail brands also take audience engagement a step further by sharing (or “regramming”) images from fans and followers on their Instagram accounts: Keds with #FanFriday and Hollister with #HCoStyle. That’s an extra incentive for fans and followers to enter the contest– what if they not only win, but also get their Instagram image wearing their winnings shared to either brand’s thousands of followers? Teen Vogue opts not to do this, but it’s a move that fits in with their approachable-yet-still-slightly-aloof fashion magazine brand.

Got it? Good. This will all be on the test, so leave any questions you have in the comments.