Every social media platform has its own way of operating that stems from its users reasons for being there; the same person might use Twitter mostly for professional work connections and news, Facebook for family updates, Instagram to connect with friends, and Tumblr to keep up with the fandoms around their favorite shows, for example. If that person matches the ideal customer for a brand and that brand wants to run a social campaign across most or all of those platforms to reach that person, they need to tailor their message for each place.

How? Get started with these do’s and don’ts.

1. Don’t: discount a platform because you think you know what people are there for.

Do: The research to see how conversations form around things that matter to your brand. Instagram, for example, is often thought of as a place where people simply share photos with friends and family, but that’s not necessarily the case. Big events like the World Cup have enormous conversations happening around them on the photo-sharing site, and smart brands like Adidas have caught onto that. 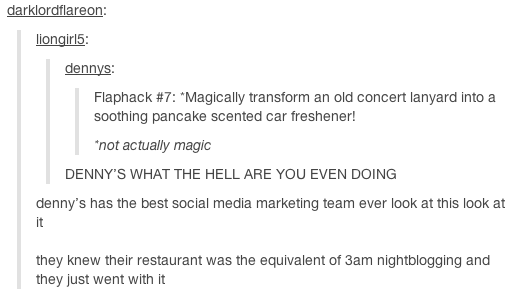 3. Don’t: Be afraid to experiment.

Do: Learn from and build on your failures and successes alike. FIFA has a Twitter account for their official match ball. While normally inanimate objects spontaneously get their own parody Twitter accounts following a big cultural event with social coverage (Pharrell’s hat following the GRAMMY’s, for example), FIFA decided to give their match ball its own autonomy and hashtag early.

Running a quick free TweetReach report shows that the conversation and engagement around #ballin is already good, and there’s still more than a month of World Cup matches left to go. While something like a snapshot report gives a good idea of the general success of the account relative to the hashtag- it’s not just a bunch of people using the term in other, World Cup unrelated ways- more in-depth monitoring could tell FIFA what was successful and unsuccessful in their approach specific to Twitter, and help them plan better for next time. (You can read more about how to monitor a Twitter campaign with TweetReach here.)

So what does this mean for campaigns, exactly?

The bottom line is that you have to tailor your message to fit in each place, and that can only be done by taking the time to understand how the conversation around what your audience is interested in operates. Adidas looked at how sports fans use Instagram, Denny’s hired someone familiar with the culture of Tumblr and gave them the freedom to do it right, and FIFA is experimenting with giving their match ball its own voice.

After you’ve decided on the messaging for each platform- visual for Instagram and Tumblr, with different wording and approach on Twitter, for example- build goals based on how the audience you aim to reach in each place talks to one another about you or your industry. Are you there to increase your share of voice in the industry (here’s more on how to measure share of voice, and how to grow it), or to build engagement with your existing fans, while hopefully earning new ones? Your goals for the same campaign might be different for each platform, which increases the necessity for tailored messages in each place.

The basic approach is the same in each place, however: Research, plan, test, measure, rinse, and repeat.