It’s important to know the details of how exactly Instagram posts translate to each platform before you hit the share button; that way you can tweak your posts to get the best results across all of them.

Meet our Lead Engineer @jcsalterego! A pioneer of #steakgram here on Instagram, he can also be found… http://t.co/tiOJAT1WEX

Captions longer than 140 characters are truncated with an ellipses, as above, and if all of your hashtags are at the end of a long caption, none of them will translate to Twitter. If you want the full caption and hashtags to show up, keep it short; a short caption and no more than two or three hashtags (three will probably only work if you’re using shorter hashtags like #TBT). Remember that some of the characters will be used up on the link to the Instagram post itself.

However, if you use the incorrect Instagram username when you tag someone in a post and it doesn’t match any Instagram users, it will translate to Twitter using the “@” symbol. Another reason to be sure you’re using the right account name (you should see it pop up while you’re typing it in, as in the photo below) when you decide to mention someone in a post you plan to share. 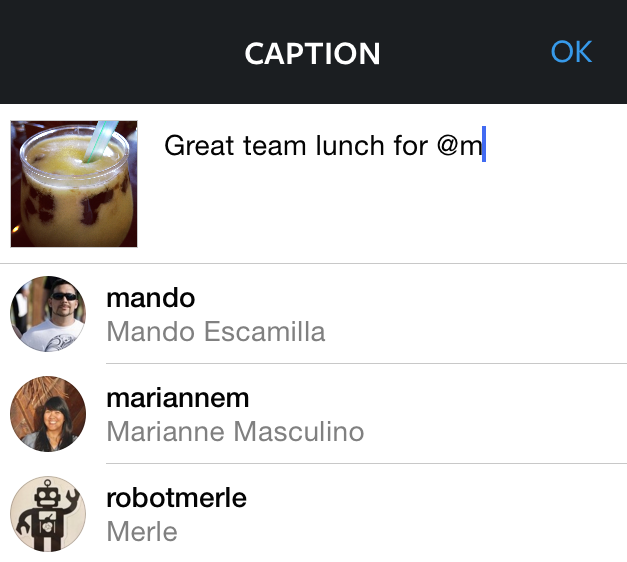 For more tips about using Instagram as a brand, head over to the Union Metrics blog.

For more Twitter tips, or tips specific to TweetReach, check out our master post from last week.