It’s Friday, so that means it’s time for This Week in Social Analytics and our favorite posts of the past week in the world of measurement, analytics, and social media. See a great piece we missed? Link to it in the comments, or tell us about it on Twitter or Facebook.

More Than 70% Of Under 35s Research, Post And Talk About Brands On Social Media | Study [from All Twitter; written by Shea Bennett]

“More than seven out of ten millennials (internet users aged between 15 and 34, aka Generation Y) consult, react to or post about products and brands on social media, with almost two-thirds saying that positive – and negative – experiences shared by others impact their purchase decisions.”

“The world’s greatest social media strategy: 1. Entertain Me 2. Inform Me. 3. Provide Utility. Nothing else works.”

“B2B marketers are investing in video marketing because, like most internet users, B2B clients and prospects are devoting more time to watching digital video. Businesspeople are drawn to B2B video for pretty much the same reason consumers watch video—it’s entertaining.”

Ben & Jerry’s: so good, they made the list twice. 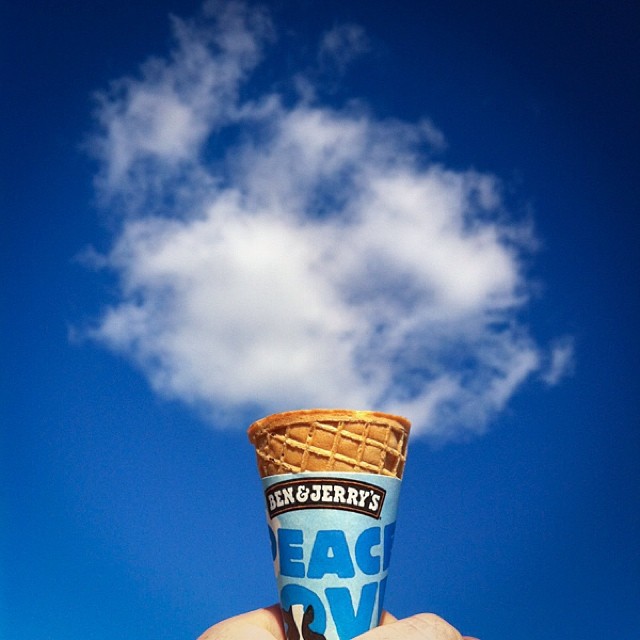 “If the content you share doesn’t challenge the expectations of your market, then you’re not differentiating yourself; you’re simply marketing your industry.”

You might be tempted to say the answer is “GIFs” but the deeper answer is understanding the platform.

‘Tis the season for roundups– what were your picks for 2013?

Instagram the 10th-Largest US Smartphone App by Reach [from Marketing Charts; written by staff]

“Granted, the figures are for adult iOS and Android users only – but those 2 platforms combined represent more than 90% of the smartphone market. And when it comes to Instagram’s position, including the younger audience would probably boost its reach figure, given its young user base.”

Are Efforts to Recruit Women in Technology Sexist? [from Dame Magazine; written by Lisa Wirthman]

“Steve Shirley went on to become the world’s first freelance programmer and founded the software company F.I. Group in 1962, one of the UK’s earliest startups. It was a revolutionary company, writing software only — an outrageous proposition at the time. It was managed and operated by highly skilled female engineers (‘We hired men. If they were good enough.’), who worked from home — also unthinkable amidst the era’s gender biases and social norms. And yet they forged forward, forever changing the course of entrepreneurship and women in technology. When F.I. was eventually floated on the London Stock Exchange in 1996, it earned hundred of millions of pounds.”

“The nonprofit places promising black and Latino STEM students at summer internships with companies including Facebook, Etsy, and Jawbone, among others. While the program has had success with the interns it’s placed–90% of last summer’s fellows received full-time job offers–one challenge has been that the interview skills of potential fellows didn’t match their technical abilities.”