Welcome back to TakeFive with TweetReach, our ongoing interview series with influential members of the Twitter measurement universe. This week, we’re excited to speak with Diane Lang of BlogHer. Their Social Media Manager and a self-taught social media professional, Diane brings a fantastic narrative to the use of social media for a complex and dedicated network like BlogHer. 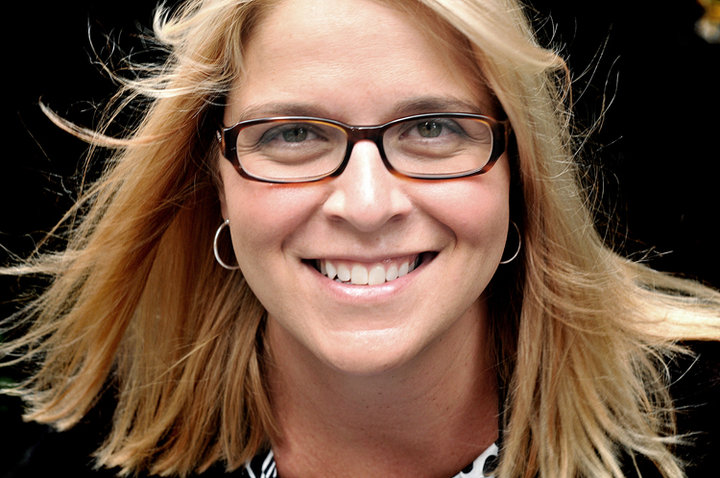 TweetReach: Let’s begin with talking about how you got started using social media, since there are so many different paths people take to it. Can you describe your first “ah-ha” moment?

Diane Lang: I began blogging in 2007, just as the medium was gaining momentum. At the time, I was looking for a creative outlet and a way to connect with other moms of special-needs children, what I didn’t realize is that those connections would lead me to a huge community of smart and interesting women. My “ah-ha” moment came when I attended BlogHer ’09 and realized that I had something to offer, beyond blogging. I saw that, collectively, we were a powerful tool for activism, marketing, and a great source of support for one another.

TweetReach: BlogHer is a community that promotes and nurtures women bloggers. How has social media helped you grow, foster, and publicize that community? What can you do with social media that you can’t with any other approach?

Diane Lang: What’s wonderful about social media is that if you need advice, support, or just to know someone is listening at any given moment, you have an entire network at your fingertips. In addition to having an editorial team who does a great job of curating, syndicating, and creating original content from among our community- and having conferences which connect us physically- we have social media at our disposal for sharing or talking about what is important to us in real-time. When bloggers were trapped in their homes during the Boston Marathon manhunt, or during natural disasters like Hurricane Sandy or the Oklahoma tornadoes, our social media channels provide a place where you know you’re being heard. I think we have grown our community through sharing information, but also, sometimes, just listening.

TweetReach: Have you looked at social media success or failure in other online communities for pointers on how to engage with your audience? Any good examples?

Diane Lang: BlogHer has developed its policies around how to engage online over years of interacting within the community from which we all come, and by sticking to certain principles that have guided us since the company was founded in 2005. Principles like “ask, don’t tell”, and “listen, before you speak.” When companies seem like they’re interrupting the conversation, not joining it, there will be ramifications. One of our co-founders explained our process in some detail after the Boston Marathon bombings, and I think it shows our principles in action.  As a social media manager who is in the thick of it every day, there are a couple of practical pieces of advice I can give too: First, I think it’s important to keep your business tools separate from your personal ones. For instance, I use one platform to tweet for BlogHer and something entirely different to tweet personally, so that I don’t mix up the two. Second, keep calm and err on the side of *not* immediately responding. Understand that everyone is entitled to an opinion and that there are varying degrees of tones and levels of escalation. Ironically, though something like Twitter is as public as can be, it can feel *creepy* if a brand chimes in every single time someone mentions them. Let people have their feelings. Chime in when you can help or contribute. You don’t have to always weigh in. Social media management is just as much about what not to say (and when not to step in), as it is about what to say.

TweetReach: How do you look at and think about the mix of different social media networks when designing your social media strategy? Are you trying different approaches with different networks? How important is measurement with each?

Diane Lang: With such a large network and an abundance of unique bloggers we do use different techniques to reach our target audience. It comes down to the content being shared. If it is visually appealing, we will share a post to Pinterest and send a tweet. If it is a conversation-starter and people will need more than 140 characters to chat, we will share to Facebook. If it’s content for a younger audience, Tumblr; a professional, or career-driven post, LinkedIn. Analytics and measurement are important to everyone from the blogger who wrote a post, the speaker on a conference panel, our event sales team, digital sales, and client services. Everyone wants to know how their campaign performed. It helps us see where we need to make improvements, which influencers we should reach out to, and it shows us what we’re doing really well.

TweetReach: What has your approach been like on Twitter specifically, and how has measurement helped you to achieve your goals there?

Diane Lang: For us, in addition to sharing editorial content and using it as a tool for customer service, Twitter is also about organic conversations with our community. Communities are made of humans, so we just want to be there: sharing, listening, laughing, commiserating, congratulating. Whatever is going on in our community, we want our finger on the pulse of that. Twitter is also fantastic for connecting our attendees and sponsors before, during, and after events, so they understand who’s part of the event and what they bring to the table. Measurement lets us see which hashtags get the most engagement and how to best keep our community informed.

TweetReach: Okay we’ve got a bonus question: We know BlogHer holds conferences; does Twitter help the most during those kinds of events, or does each platform help in a different way? What insights do you get from monitoring social media around a conference, and how does your approach change before, during and after one?

Diane Lang: Twitter is definitely our go-to tool during events. We share programming, sponsor information, logistics and have our tweets feed directly into the conference app. We have even used Twitter to feed live questions to keynote speakers Katie Couric and Martha Stewart during BlogHer ‘12. We have a very socially-savvy attendee base and can make adjustments to everything we do based on what they’re tweeting, and that goes back to social media being a powerful tool and the importance of knowing what’s being said in real-time.

Diane Lang is the Social Media Manager for BlogHer, the premium cross-platform media network and publisher for women. A former lunch lady, and self-taught social media professional, she is proof that you can change your life at the age of 40. Diane has been featured in Ladies Home Journal, Columbus Monthly Magazine, and Babble’s List of the Top 100 Mom Blogs in 2011 and 2012. She was a BlogHer Voices of the Year Finalist in 2010, the BlogHer Voices of the Year Niche People’s Choice Honoree in 2011, was recently named a Favorite Central Ohio Mom Blogger by the James Thurber House. BlogHer was the 2013 Winner of the Best Use of Social Media by a Publisher Award from Digiday. When she isn’t speaking, tweeting, posting to LinkedIn, or pinning for the BlogHer Community of 55 million, Diane can be found blogging at Momo Fali, where she writes about her sports-fanatic husband, teen daughter and her special-needs son.