It’s Friday, so that means it’s time for This Week in Social Analytics and our favorite posts of the past week in the world of measurement, analytics, and social media. See a great piece we missed? Link to it in the comments!

“Overall, the study found that a 30% increase in positive tweets is four times more effective in driving sales than a 30% increase in traditional above-the-line advertising, and the effect is most pronounced when it comes to sports games.”

Four Studies on the Adoption of Social Media by Financial Advisors and Investors [from Social Media Today; written by Augie Ray]

“The time has come to look at the data and discard groundless and dangerous beliefs about social media. Here are four recent studies that demonstrate social media has a key place in FinServ strategies”

A Comedy Show That Comes via a Hashtag [from The New York Times; written by Amy Chozick]

“The festival will take place almost entirely on Twitter, with comedians posting video snippets of routines and round tables and posting jokes using the hashtag #ComedyFest.”

“Citing Twitter’s amazing connection with millennials and its standing of the place ‘where there world unfolds,’ Twitter plans to ‘reinvent television’ by partnering with #Trending10, the first tv program sourced from real-time Twitter conversations.”

How Your Branded Content Can Thrive on Tumblr [from Business2Community; written by Stephen Jeske]

“Comscore confirms that Tumblr is the No. 2 social platform — right behind Facebook — in terms of visitor engagement. Moreover, Tumblr is highly popular among internet users and is ranked by Quantcast as one of the top 15 sites in the United States, making it an excellent platform for branded content efforts.”

How Tumblr Forces Advertisers to Get Creative [from MIT Technology; written by David Zax]

“Editorial has won in a sense: the idea that advertising, like editorial content, must be interesting, has won. You can’t just advertise next to someone else’s Tumblr. You’ve got to create a Tumblr of your own.”

“Our latest Internet report finds that the well-educated and the well-off are more likely than others to participate in civic life online – just as they have always been more likely to be active in politics and community affairs offline.” 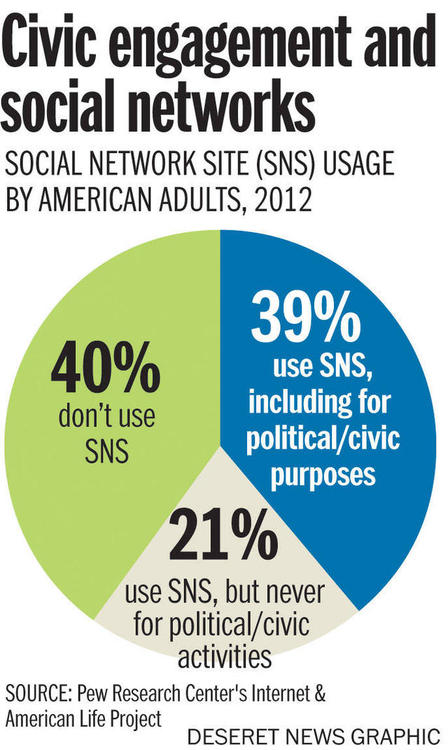 You can also find Political Engagement on Social Networking Sites in the same report: 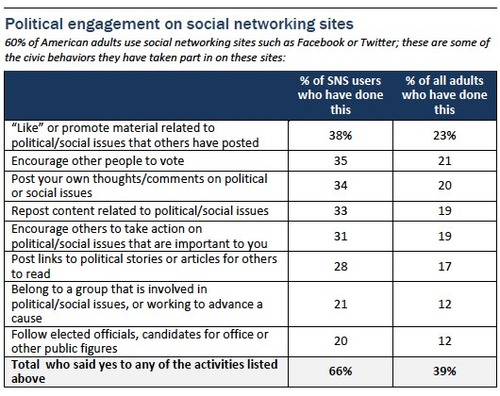 And one more from Pew:

TV Was the Top Source of Information on Boston Attacks

Old and new “print” media were followed at about the same rate. 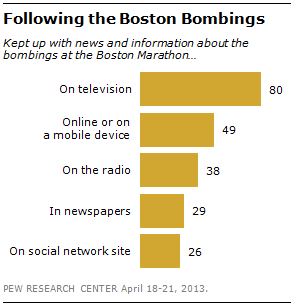