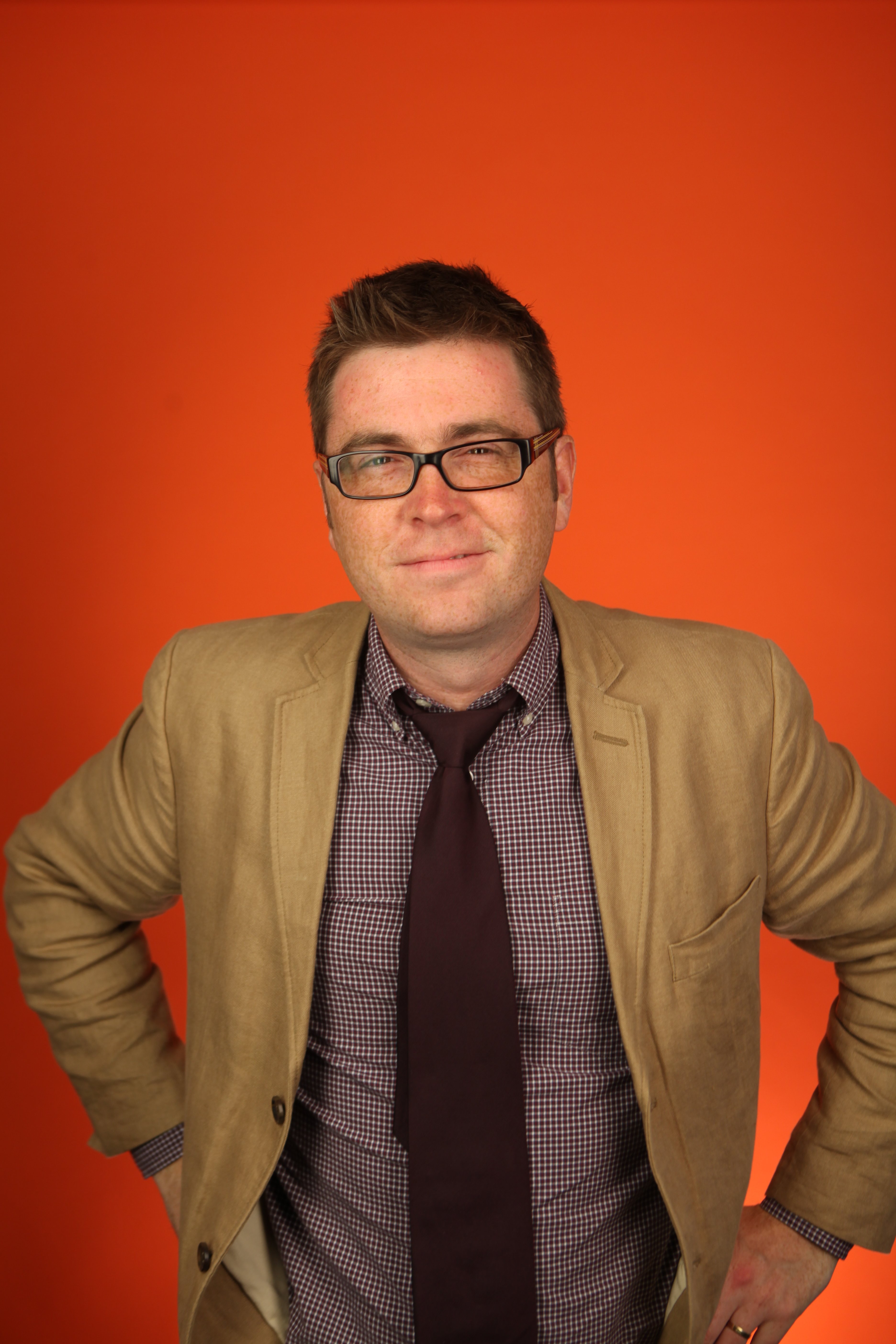 Welcome back to TakeFive with TweetReach, our ongoing interview series with influential members of the Twitter measurement universe. This week, we’re excited to speak with Richard Janes, Co-Founder and CEO of Fanology Social, a social media studio that utilizes storytelling to engage fans of celebrities and brands, such as Pretty Little Liars star Shay Mitchell.

TweetReach: We’ve got one question we like to start everyone off with, to see all the different pathways people take into social media: How you got started with social media as a whole? Can you describe your first “ah-ha” moment?

Richard Janes: My background is in producing, directing and writing movies and TV. I had the opportunity to write for big studios such as Disney, saw my directorial debut distributed theatrically around the world and won an Emmy by the age of 25. My career was growing quickly– until the dreaded writer’s strike of 2007. Being a new kid on the block, fresh off the boat from England, my trajectory came to a quick stop.

We started holding Sunday brunches for our friends who had been laid off or directly affected by the strike. It was inevitable that our conversations would come back to the internet, the need for new distribution, power distribution amongst the “creatives” and, of course, the power of social media. My brain began to churn on the technology that was being born around us.

That year, looking to stay active, I produced a web series called Dorm Life. Initially, we exclusively distributed through Hulu. Since the show was based on a college dorm floor, it made complete sense to jump on social media. There, we had the freedom to creatively market and distribute the show. The feed and two-way conversation that developed between the show’s characters and fans was incredible– that’s when I had my “ah-ha” moment.

It become overly clear to me that social media just might be the answer to all the discussions our group of friends was having. During a backyard dinner party, Fanology Social was born.  It took a few years to raise our seed money, but in 2010 we opened the doors to Fanology HQ providing social media services to celebrities and brands.

We are completely enjoying the ride: telling stories, creating conversations and engaging audiences. Our clients’ fans now total over 60 million on Facebook and 28 million on Twitter.

TweetReach: You’re active in the entertainment industry. How are others in your industry embracing social media and measurement? How is your approach different from everyone else?

1. The agency that is focused on looking after celebrities and either driving all their social media traffic to a celebrities website where they monazite via low CPM adverts, or

2. The social media factory with hundreds of celebrity clients where they have a set formula that doesn’t deviate with each client, but at least it gets the celebrity building their audience.

3. Traditional ad agencies that approach social media as they do traditional advertising with the focus on the sell rather than the building of meaningful relationships.

What makes us different is that we are 100% focused on social media; we develop client-specific strategy and content (copy, graphics, videos and experiences) for each platform. First and foremost we are entertainment providers who have spent decades building content that evokes an emotional response providing continual value to the end user.

TweetReach: You engage clients like Shay Mitchell from Pretty Little Liars—both she and her show have a huge fan base that’s active on Twitter. How do you measure fan engagement around her and her character? What measurement benchmarks are important to you, and how do you use TweetReach to get them?

Richard Janes: Shay Mitchell is a great example of an actress who really ‘gets’ social media. She understands that she is where she is- and will achieve her lofty goals- ONLY as a result of her fans continued support.

Shay is really a dream client for us.

As part of our strategy, we support her in weekly Twitter parties around the show, which drives huge interaction from her fan base. For the season finale, our hashtag #PLLayWithShay received over 96,000 tweets,  177,000,000 impressions and trended worldwide for nearly two hours.

The average Twitter party runs an hour and after we are able to track the success through TweetReach Analytics. We love the immediacy of TweetReach!

As far as the benchmarks we use to measure success, it really varies from client to client and partner to partner. With our celebrity clients they have so many brand partners (from the TV shows and studios through to magazines, talk shows, and product lines they endorse) we have to have access to a wide variety of trustworthy data so that we can meet any of their insight requests at a give time.

From a brand perspective like Live Nation, it’s all about the click through to buy tickets.  But with Toyota, there isn’t the expectation that a click on a link is going to directly result in the purchase of a new Pruis C. Not yet anyway!

TweetReach: How do you look at and think about the mix of different social media networks when designing your social strategy—are you looking at incorporating more than just Twitter? What kind of different approaches might you take with different platforms, and what lessons do you think you can take with you from Twitter?

Richard Janes: We work across social media from Google+ Hangout’s with Jillian Michaels and Ashley Tisdale to Twitter parties with Shay Mitchell and Jesse McCartney, all the way through to a Redit AMA with Morgan Spurlock.

The key for us is developing a strong narrative on each platform that caters to each platform’s strengths and takes the fan on a journey, rather than through random updates where social media fatigue can set it. As far as immediate interaction, Twitter is the king and multiple updates work great in creating a two-way conversation, be it with a celebrity’s Twitter party, or working as a customer service tool for some of the IOS gaming companies we work with. When it comes to Facebook we have to be a lot more focused on our client’s updates; with Google+ SEO is making a big difference.

TweetReach: Have you looked at social media success or failure in other industries for pointers on how to apply best practices in your work? Any good examples?

Richard Janes: 100%, we are all pioneers and there is no point in having tunnel vision with the way we do business. We are constantly on the lookout for innovative work and you never know where that may come from: a massive agency with a huge budget, or a local musician who has come up with a great way to get all his friends turning up to a gig.

Richard Janes: Hummm …a good place to start is our website ;-)

TweetReach: Haha fantastic, Richard! Thanks for talking to us. And we’ll keep watching to see where Fanology Social takes its clients next!

British CEO and lifelong entrepreneur, Richard Janes, started Fanology Social after recognizing the power of social media. His award winning career as a writer/director has informed the companies underlying goal of employing storytelling as the main strategy of boosting clients engagement.
A childhood actor, Janes ended up finding his place behind the camera. At the tender age of 23, he directed his first feature length film that was distributed internationally. Shortly after, Janes’ pilot went on to win an Emmy. He had the pleasure of writing feature screenplays for major studios such as Disney.
Since falling in love with social media, Janes and his team of Fanologists, have been recognized with various awards (DigiDay award, Webby nominated) and work with the top names in the social media circuit (Shay Mitchell, Ashley Tisdale, Toyota).
Please see www.FanologySocial.com for more details.