It seems very likely that Mitt Romney is going to select Paul Ryan as his running mate for the Republican Presidential nomination. And it’s looking like Twitter predicted this. We hinted that we’d been tracking Republican VP Candidates with the screenshot accompanying the announcement of our new dashboard earlier this week. As you can clearly see from the updated dashboard below, Ryan started to pull away from the potential VP pack three days ago in terms of unique reach on Twitter. Of the pool of likely candidates, Ryan’s seen the greatest increase in reach over the past month, gaining a 65% increase in reach in the past 30 days. In addition, he’s seen the largest gains in both the number of total tweets and unique people talking about him recently. 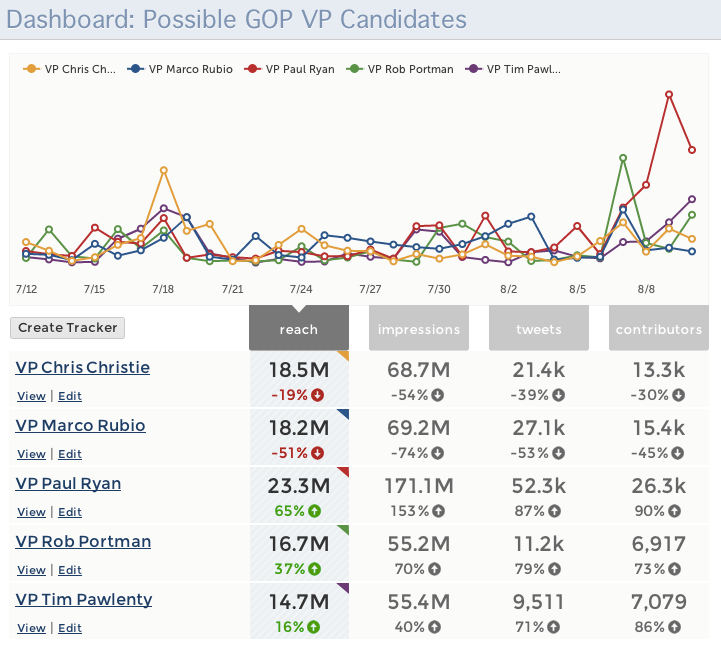 So, did Twitter predict Romney’s decision correctly? Well, we’ll know soon enough, as Romney is expected to officially announce his vice presidential running mate tomorrow. We find Twitter’s potential to predict (or not) cultural and current events very interesting, so we’ll be following along and will post a more in-depth analysis next week, so more very soon.