For the past two weeks, we’ve been tracking – and analyzing – tweets about the 2012 Olympics. We’ve talked about sponsors and athletes and exciting match-ups. And now, here are a few final Twitter stats from the London Olympics.

From July 27, 2012 through August 12, 2012 – opening ceremony through closing ceremony – we tracked 50,643,268 Olympics-related tweets* from 11,070,485 contributors. That’s right, 50 million tweets in just over two weeks! The largest Twitter spike included 1.2 million tweets posted in a single hour on July 27 during the first hour of the Opening Ceremony. 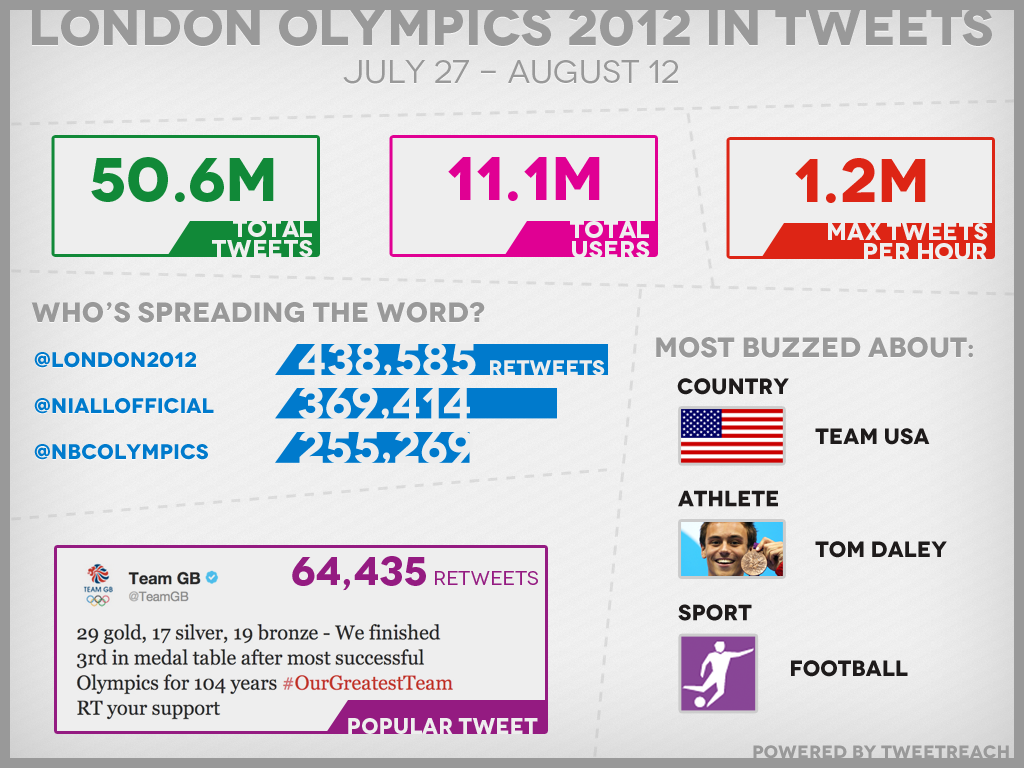 The most retweeted tweet of the games was this one from @TeamGB that resulted in more than 64,000 retweets:

If you’re interested in analysis of any Olympics-related tweets, just let us know!

*Our tracking included full-fidelity coverage of any mentions of a few dozen keywords related to the Olympics, London 2012, and official Twitter handles and hashtags, posted between 2012-07-27 00:00 UTC and 2012-08-13 07:00 UTC. Let us know if you have any questions about our methodology.