On Friday during the 2012 Summer Olympics Opening Ceremony, 6.32 million tweets were posted from 2.65 million unique Twitter accounts* about the London Olympic games. Click the image below for the full size version. 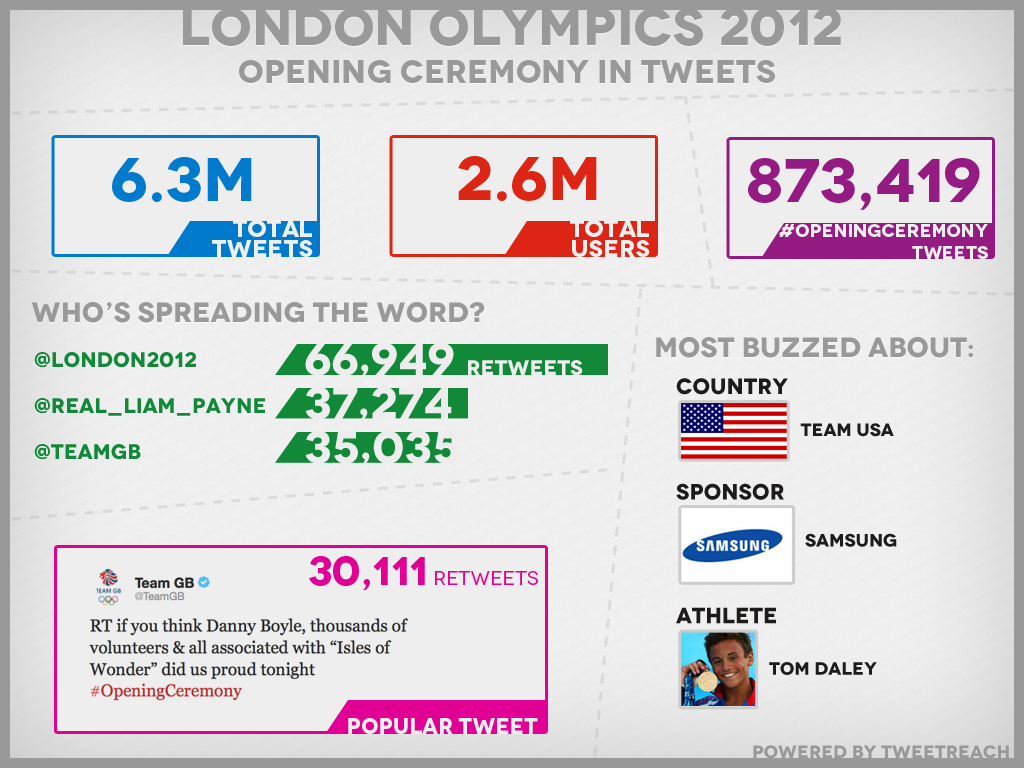 As we continue to track tweets about the 2012 London Olympics over the next two weeks, we’ll be posting lots more Olympics Twitter analyses. So check back soon for more!

*These tweets were collected from 20:00 UTC July 27 through 07:00 UTC July 28, to include the live UK broadcast of the opening ceremony, as well as the time-delayed East and West Coast US broadcasts of the event.