You already know TweetReach reports are great for measuring the reach of hashtags and Twitter accounts, but how about an individual tweet? What if you want to analyze the reach of a tweet (and any retweets of or replies to that tweet)? Our reports can do that, too! In fact, that’s where our name comes from and one of the original problems we set out to solve more than three years ago. Tweet. Reach. TweetReach.

There are a few options for measuring the reach of a tweet. You can paste the entire text of the tweet into the search box. Since Twitter works best with shorter search queries that’s ideal if you have a shorter tweet. And if you have a longer tweet, you can select a few unique words or a phrase from the tweet to search for.

Since this is a pretty short tweet, we can search for the full tweet text (minus the URL to keep it simple): disney #DisneyFact: An estimated one million bubbles were drawn in the making of The Little Mermaid. We also included the original Twitter handle, minus the @ sign, to be sure we’re catching all attributed retweets of the original tweet. Here’s the TweetReach report for this query: 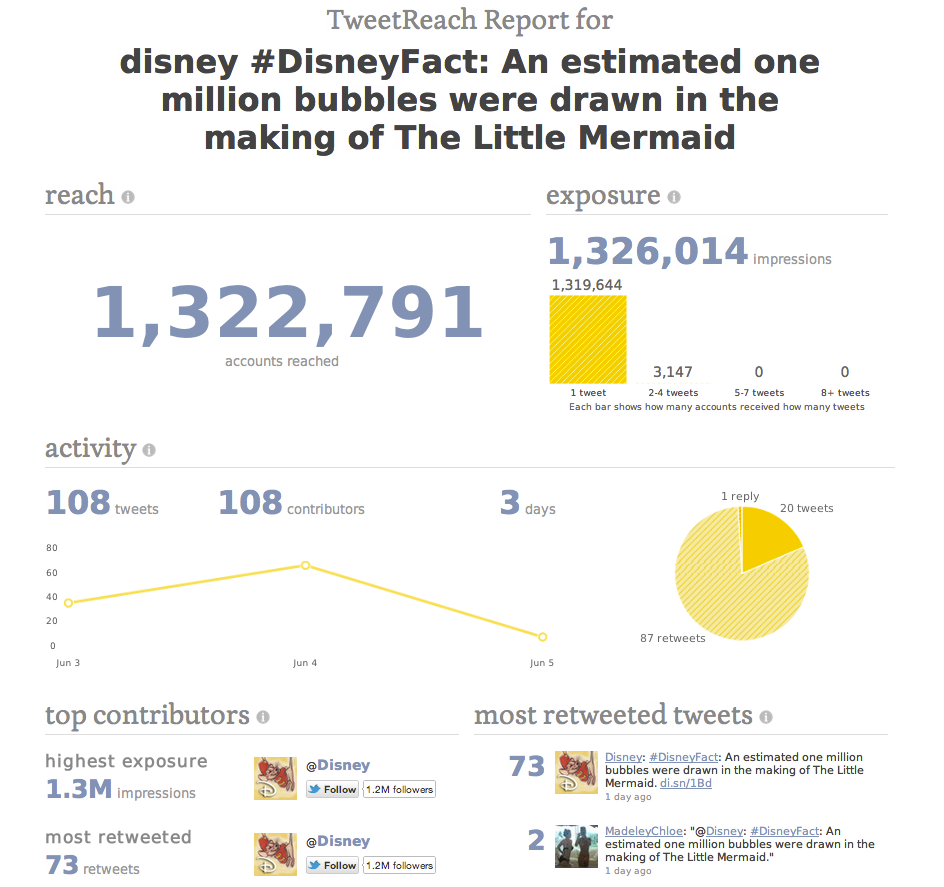 This report includes 108 total tweets, which includes the original tweet. So that’s 107 retweets. However, you can see that the original tweet only has 73 actual retweets, according to the Most Retweeted Tweets section. What’s going on?

This is where it gets a little messy. Some people will retweet a tweet with Twitter’s official RT button (we call this a new-style or automated retweet). Some will copy and paste the tweet and add “RT @username” to retweet (old-style or manual retweet). Some will modify the original tweet by adding their own commentary or abbreviating the text (modified retweet or MT). Some will simply quote the tweet without adding any RT language (quoted RT). Twitter typically only associates that first type (new-style RTs) with an original tweet to count them as retweets.

But in a TweetReach report, if a tweet starts with “RT @username”, regardless of how that retweet was generated (new-style or old-style), it will count as an official retweet. But if there’s anything in front of that retweet, such as commentary or other characters, then it will not count as a retweet, but it will show up in a report for that tweet. So that’s why the above report only shows 73 actual retweets of the original tweet, but there are 108 total tweets in the report. One of those tweets is the original tweet, 73 are official retweets, and the 34 remaining tweets are modified or quoted retweets. So the full reach of this @Disney Little Mermaid tweet and all its various retweets is 1,322,791.

And that’s how you can use a TweetReach report to analyze the reach of a tweet. Try it for yourself! And if you’re wondering what else you can search for, check our helpdesk or ask us.

PS – Have you ever tried our TweetReach Labs Retweet Rings tool? It’s a fun, animated visualizer to see how retweets spread. 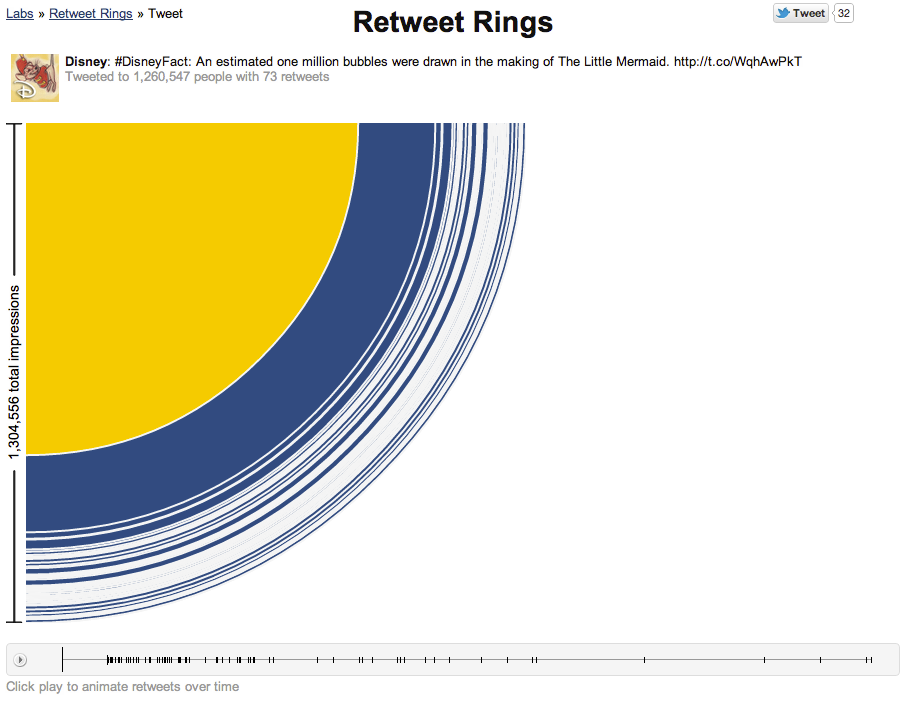