Our objective with these new contributor metrics is to help you find people who are driving conversation and engagement around your campaign or brand. Because, depending on your goals, there probably isn’t one single influence metric that completely captures the contributions of your most important, active participants. So we present you with several contributor metrics: 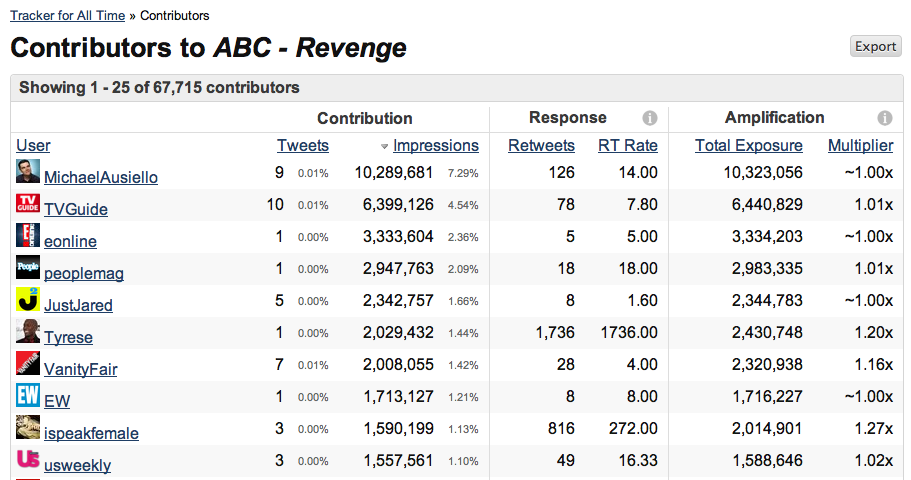 You can also drill in to view an individual contributor’s details by clicking on their username anywhere in your Tracker. On the contributor detail page, you’ll find all kinds of information about that Twitter user, as seen here: 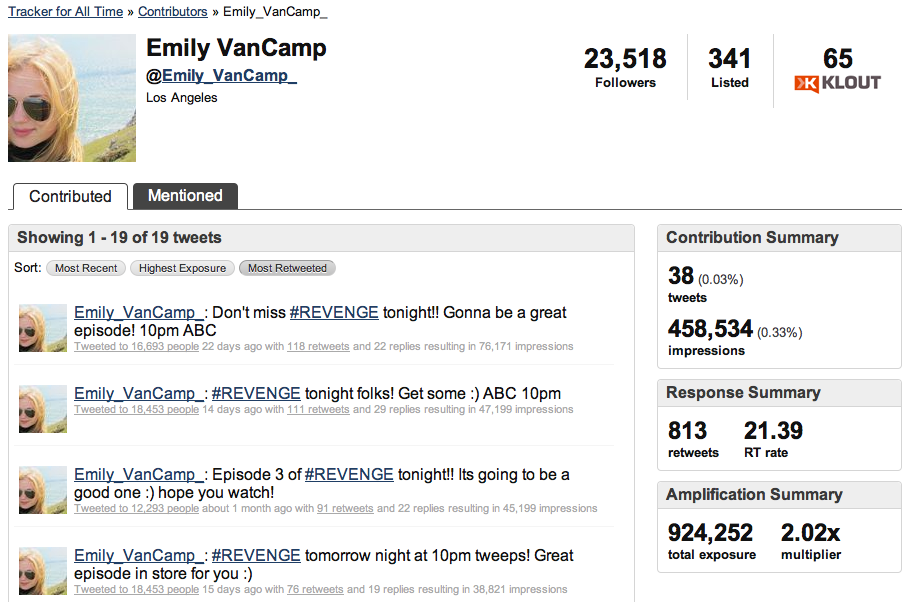