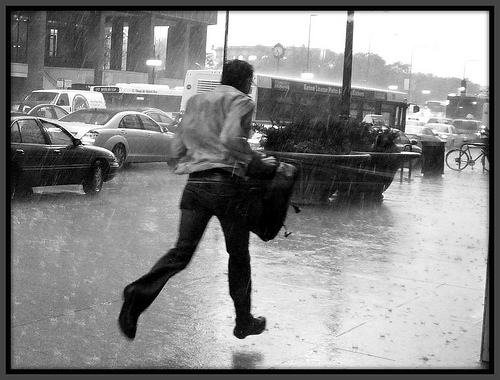 Recently, we read an interesting blog post from Tom Webster about the limits of online influence as he asked for help supporting the people of Christchurch, New Zealand after the terrible earthquake they experienced. (A very worthy cause. Please help him out!)

He makes a lot of great points in this post about the weaknesses of influencer campaigns on social media like Twitter. While TweetReach doesn’t calculate influence, a number of people use our tools to help determine influence and influencers, so naturally this post grabbed our attention (and he quoted some TweetReach numbers in the post, so that helps too).  In general, we agree with Tom’s overall premise – influence is a messy, complicated concept, and far from being fully understood or properly utilized.

I think what you *are* exposing is that in a medium like Twitter, simple reach has very little to do with success. And that is a big thing for people to know indeed.

We absolutely agree. Now, of course everyone wants large numbers for reach or exposure, but they have to be put into context along with action metrics like clicks or actual transactions. Our reach metric, which is the number of unique Twitter accounts that tweets about a topic were delivered to, is a measure of the size of your potential audience. A high reach means a large audience, but it doesn’t guarantee that members of that audience will actually do what they’re asked.

So what is reach good for? We think reach is the universal denominator. It belongs in an equation to normalize other metrics. If reach is the size of your potential audience, how many people actually acted on a tweet? Divide your action metric by that reach. Depending on your goals, that action number could be anything from retweets to clicks to purchases on your website. With reach as a denominator, you can use this number across campaigns and time periods to start to really understand your effectiveness. Without reach to normalize these metrics, you’re flying blind. Clicks were up 20% this week? Great! But is your campaign actually improving if your reach increased by 50%?

Where does this leave influence? Right now the familiar influence metrics essentially work by saying that someone has influenced people to do some social activities in the past and therefore could potentially influence people to do them again. This “potential influence” is a little like predicting the weather by assuming it’ll do the same thing today that it did yesterday. It’s often right, but you frequently end up soaked without an umbrella. The point here is that a message from an “influencer” as part of your campaign is no guarantee that you’ll get results. Your message may not resonate with his or her audience, Twitter might be failwhaling, or it might just be a pretty day and everyone’s outside.

Successful campaigns are about reaching the right audience with the right message at the right time. Those are all difficult things to do but there are a couple approaches that can help. First, you can’t rely solely on algorithms – learn your industry and the true influencers (as humans understand the concept). Develop relationships with them and they’ll help you spread the word. Second, measure, measure, measure. This is where reach and other metrics can truly help because they give you a baseline to measure performance over time so you can try new things and learn from your mistakes. In the end combining these ingredients will help you succeed.

Photo credit: Running through the storm by yooperann